After graduating in Historical Sciences at the University of Milan (2015), Andrea Azzarelli got his PhD in March 2019 at the same university, carrying out between September and December 2017 a period of study at the Université Rennes 2. He then conducted, in 2019, a three months research in Paris thanks to the Atlas research post-doc grant (Fondation Maison de Science de l’Homme – Fondazione Luigi Einaudi).  Subsequently, from February to August 2020, he was a researcher at the Società Napoletana di Storia Patria.

Andrea is currently a post-doc fellow at the University of Padua, involved in the European Research Council project (ERC): “The Dark Side of the Belle Époque. Political Violence and Armed  Associations before the First World War” (University of Padua, Department of History).

His doctoral thesis focused on territorial control in Italy, and especially in Sicily, from Unification to First World War. Particular attention was devoted to police forces deployment on Italian territory during that period and the consequent policing practices adopted by local and State authorities. Part of the research dealt with repression and control of phenomena such as strikes, political dissent, brigandage and mafia in late Nineteenth century Sicily.

Andrea has published articles in professional journals, and has taken part in several international conferences in Europe.

His current research focuses on strikes and political demonstrations control in France and Italy during the thirty years preceding First World War. 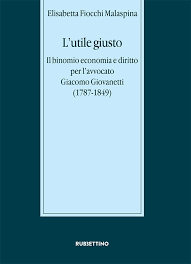